The European flour milling industry employs over 45 000 people for a turnover of around 15 billion Euro. It is the leading food industry in grain processing, using around 47 million tonnes of common wheat, rye and oats a year to produce around 35 million tonnes of flour on an annual basis.

The sectors employs an estimated 350 000 indirect labour at European farm level due to its local sourcing of home-grown cereals and its central position in the food chain (Source: LEI-Wageningen UR study).

Where does flour go after the mill? 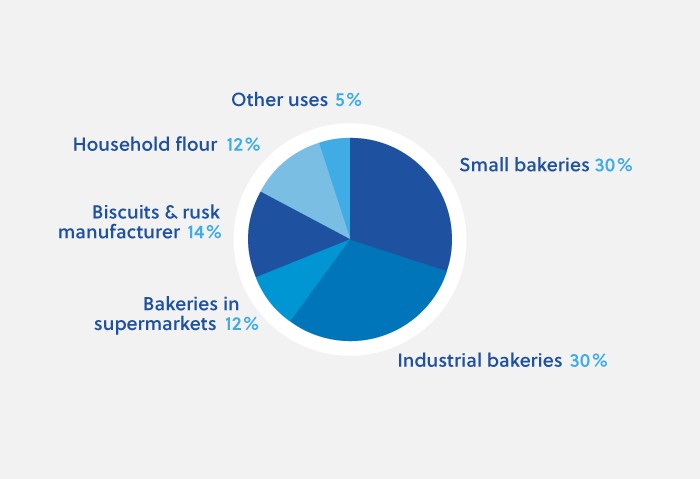 In Europe, a sector of small and medium-sized enterprises

Flour miling is a dry process that produces negligible waste